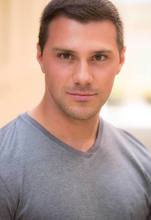 Daniel D'Elia- July 10th
For as long as I can remember I have always enjoyed helping others and have been a natural leader. Over the years I have continued to pursue my desire to help others in a variety of ways. I have thirteen years of experience in education, a Bachelor's Degree in Special Education and Middle School Science and a Master's Degree in Educational Leadership. In high school, I was a high caliber wrestler and coached middle school wrestling for eight years. I also have nine years of experience in writing, directing, acting and producing. My wife and I own Back2Basics, a probiotics, health and wellness company in addition to my personal growth coach business. I am also an investor in real estate and own several properties. I was inspired to become  personal growth coach because a few years ago I was in charge of a program where I worked with kids who had severe behavior issues.  While working in this program, I extensively studied human behavior, psychology, intrinsic motivation as well as transformational speaking. The program was so successful that I decided to take my work and skills into a broader base and audience offering personal growth coaching, consulting, training and speaking events to individuals and companies who were looking to learn how to transform their lives and adopt a growth mindset. In the near future, I see myself growing my business exponentially and my audience by reaching them on several platforms 1) Facebook live, YouTube, and podcasts 2) Instagram and LinkedIn 3) my book and blogs. My philosophy is to change the world for the better one person at a time, one day at a time. Life is a beautiful journey once we learn how to navigate through it. We are the writers of our own biographies and captains of our own ship. It is up to the individuals to take control of their lives. I have dedicated myself to be the beacon of light to help guide them there. 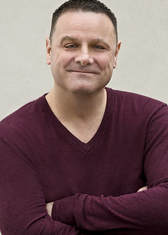 Warren Bub - July 17th
Warren Bub was born and raised in the city of New York, where he still resides. On television is known for his recurring role of Dave Metzger on the FOX hit show - GOTHAM, directed by Mark Tonderai, and also in an episode as Officer Barkley, which was directed by Oz Scott. He also had a recurring role on the award winning HBO min-series, SHOW ME A HERO, directed by Paul Haggis, has also appeared on the CBS hit show- BULL, directed by Rodrigo Lopez while appearing in the pilot episode of the CBS show, LIMITLESS, directed by Marc Webb. In addition he appeared in the multi-award winning NETFLIX hit, ORANGE IS THE NEW BLACK, directed by Jodie Foster. His film credits include the multi-award winning film PATTI CAKE$, (Sundance Film Festival in addition to the Cannes Film Festival) which also has been nominated for a Spirit Award as “Best Picture” which stars Danielle MacDonald, Bridget Everett and Cathy Moriarty, now available on Amazon and other VOD. Warren has also co-starred with Ralph Macchio in LOST CAT CORONA and starred in AMERICAN FANGO,also on Amazon and other VOD  and which has received multiple awards in the U.S. as well as Europe, directed by Gabriele Altobelli.   For the New York Theatre, he Just completed the workshop production of the new original play HARRY TOWNSEND'S LAST STAND starring Len Cariou as well as in the workshop musical,  STONEWALL, A RHAPSODY ON RESISTANCE, directed by Karen Carpenter; The Renegade Theatre production of LOVERS AND OTHER STRANGERS, directed by Steven Van Zandt. Warren also starred in multiple roles in The Off Broadway phenomenon, MY BIG GAY ITALIAN WEDDING, directed by Anthony Wilkinson. Following up again in multiple roles in MY BIG GAY ITALIAN FUNERAL, also directed by Anthony Wilkinson, and starred in the Tennessee Williams Comedy/Musical THE MUTILATED (Drama League Award Nomination.) Warren is a product of The Terry Schreiber Studio & H.B. Studio.
His biggest influence is his family. "Without family....who are you?

Click the link to get to Warren's website: www.warrenbub.com​
Jay Isip- July 24th
Jay is an entrepreneur, investor, former MMA fighter, author, and wrestling coach.
"I am a nobody who become a somebody, to nobody, but me . . ."
Click the link to get to Jay's children's book DynoMike: http://www.dynomikebooks.com
Matthew De Fede- July 31st
Matthew is a Broker Owner of Realty Executives Elite Homes in Nutley, N.J.
Click the link to get to Matthew's website: ​http://www.njluxuryhouse.com
Zaid Hassen- August 14th
Zaid is a Senior Personal Training professional at Signature Fitness in Belleville, NJ, with 8 years of experience.
"In addition, I also compete with the NPC in the sport of bodybuilding. Aside from my interests in the fitness world, I am a foodie and love to indulge in the cuisines of the world when not in prep."
Click the link to access Zaid's Instagram: ​​https://www.instagram.com/the_boogieman1984/
August 29th- "Adopting a Growth Mindset"
September 18th- "Working on Yourself"
Roberto Alicea- September 25th

Raised in Belleville, New Jersey, Roberto Alicea is a Social Studies teacher for the Belleville School District. After graduating high school, Roberto immediately entered the next level of education only to drop out of Essex County College soon after. At this time, he was completely unsure of his direction in life. After some time off Roberto enrolled at Bloomfield College with a major in History. Still, upon graduation, Roberto was unsure of his direction in life. Finally, it was one of Roberto’s life long passions that would guide him to his career. Martial Arts had always been a major part of Roberto’s life. He had been training as a member and instructor within the Yee’s Hung Ga International Kung fu Association since he was 15. It was this passion for Martial Arts, and the joy of teaching, that led Roberto to his interest in becoming a high school teacher. At 26, Roberto entered a Masters program at Montclair State University. Working as a Martial Arts instructor, to help pay for school, it took just over three years for Roberto to complete the Masters of Education Program. Within months of completing the program Roberto was hired as a History teacher at Belleville High School. Today, Roberto continues his martial journey. He is a highly ranked black belt with the Yees Hung Ga Association, teaching private one on one classes, and is on the road to a purple belt within the Renzo Gracie Woodland Park Brazilian Jiu Jitsu Academy under the instruction of Renzo Gracie 3rd degree black belt Jamie Cruz.